Keep in your prayers the repose of the soul of Hamilton Reed Armstrong, who died on Holy Saturday from cancer.

He was born June 6, 1937, in Greenwich, Connecticut, son of the late Noel Armstrong and Constance Malley Armstrong Dorman. He was a world renowned artist, traveling extensively throughout the world. He was a member of St. John the Baptist Roman Catholic Church in Front Royal.

A Mass of Christian Burial was held on Friday, April 17 at 11:00 a.m. at St. John the Baptist Roman Catholic Church. Interment was held at Good Hope Cemetery in Front Royal.

Reed taught at The Heights for more than two decades, from 1982 until 2005, serving as both the third grade and art teacher in the Lower School. He often said the best years of his life were teaching his students in the Valley, probably the best works of art he did.

Many of us are familiar with Reed’s works of sculpture around The Heights campus – in the Courtyard the statue of Our Lady Queen of Peace, dedicated March 25, 1988, and by the Stone Steps the statue of St. Thomas More, dedicated on Tuesday, November 25, 2008. The bronze statue of the Conquistadores in the library; the bronze busts of former headmasters Bob Jackson and Joe McPherson – in the nook just inside the Living Room; and the bronze Tower Trophy in Alvaro de Vicente’s office are his other works. He had such a tender heart for our school.

You can see more of his work at www.agdei.com. 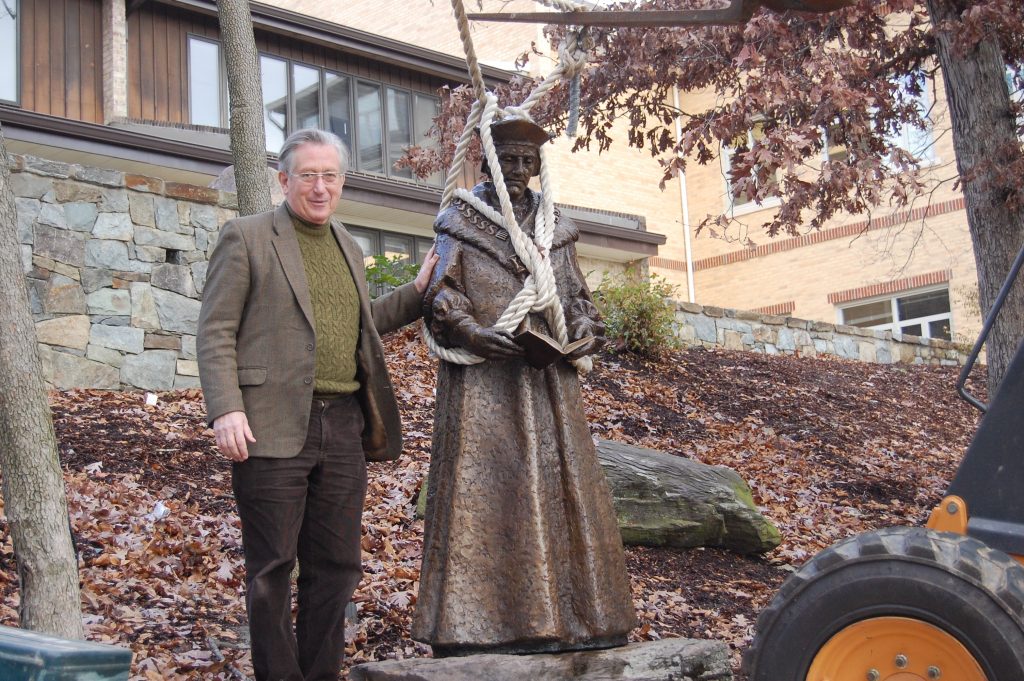 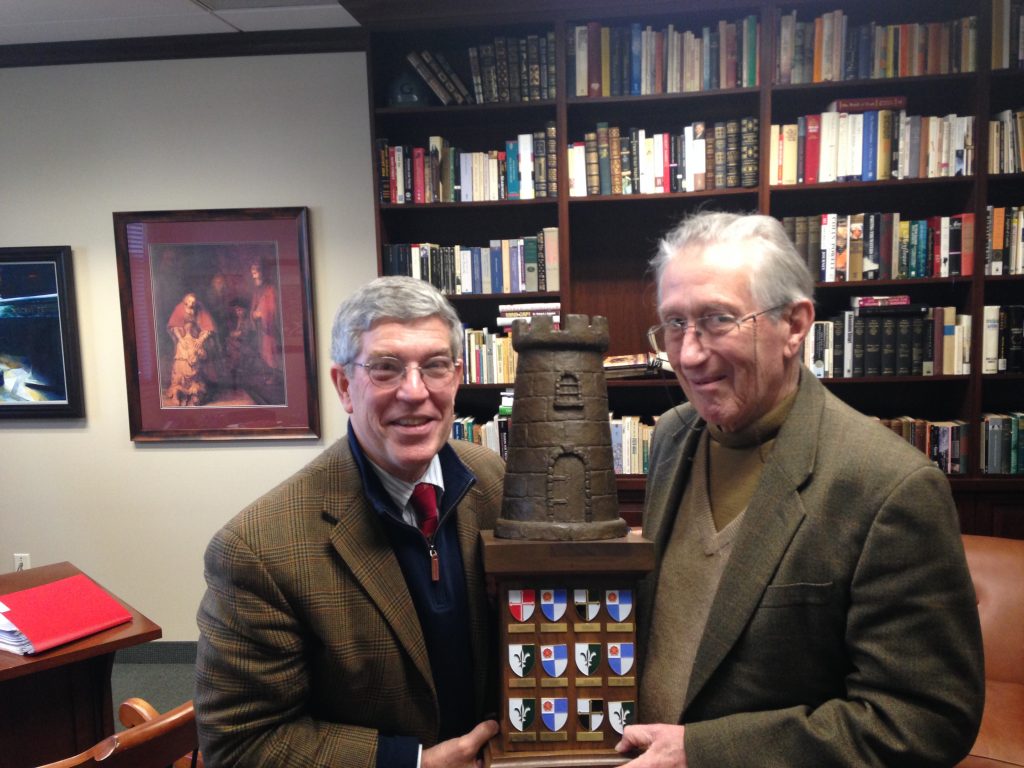 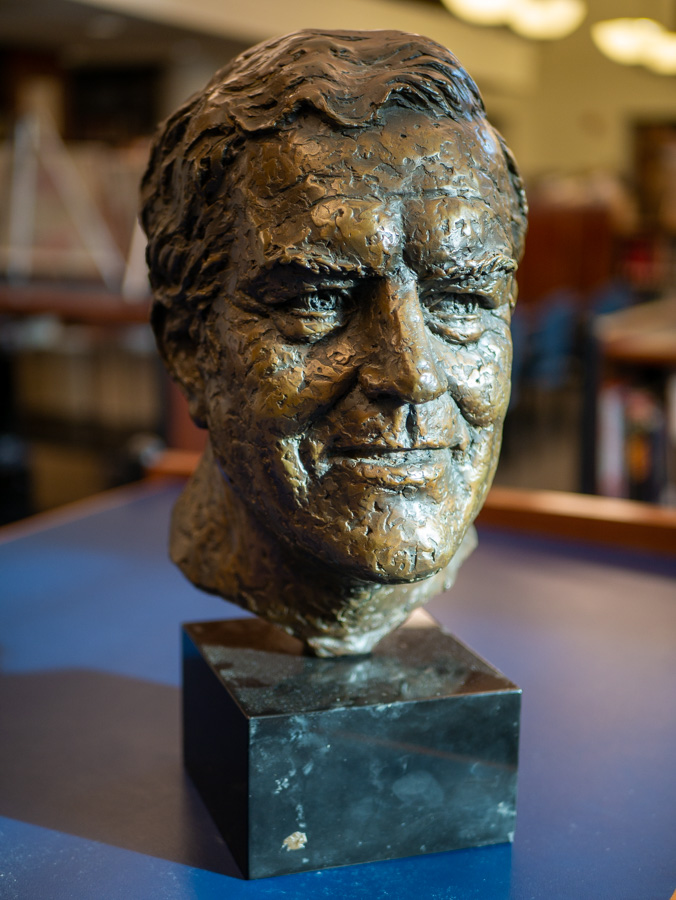 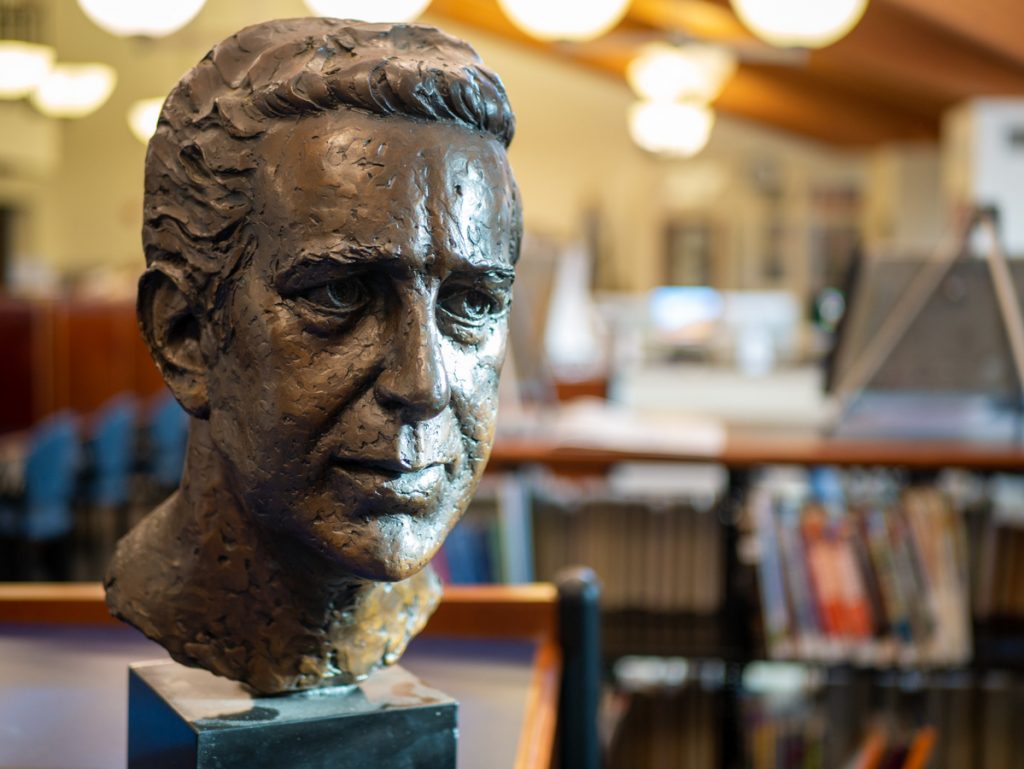 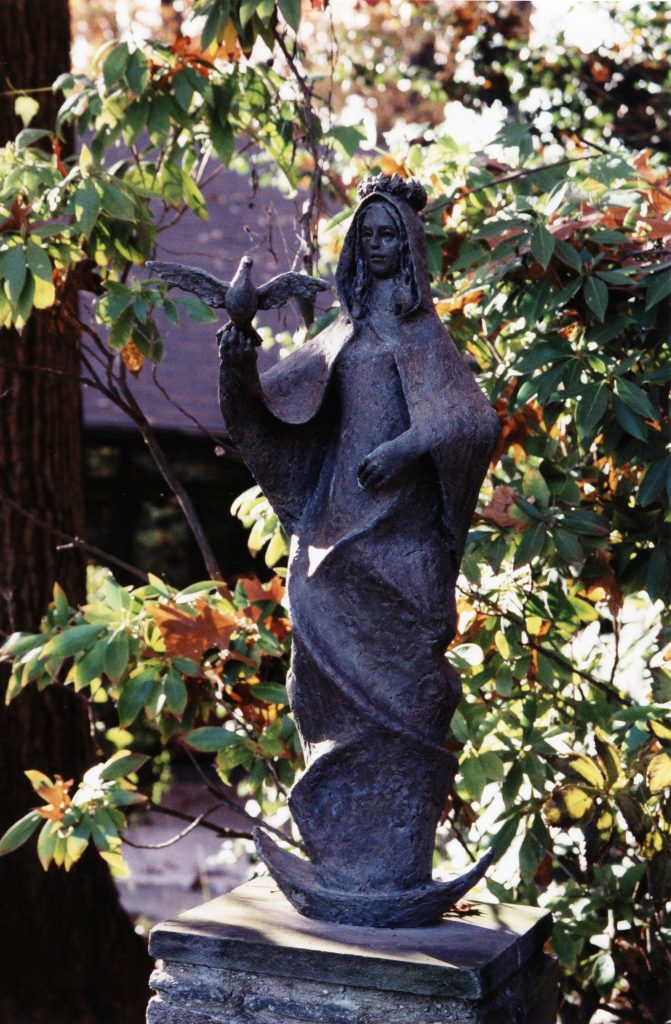 Statue of Our Lady in the Courtyard, where the school-wide Rosary is prayed