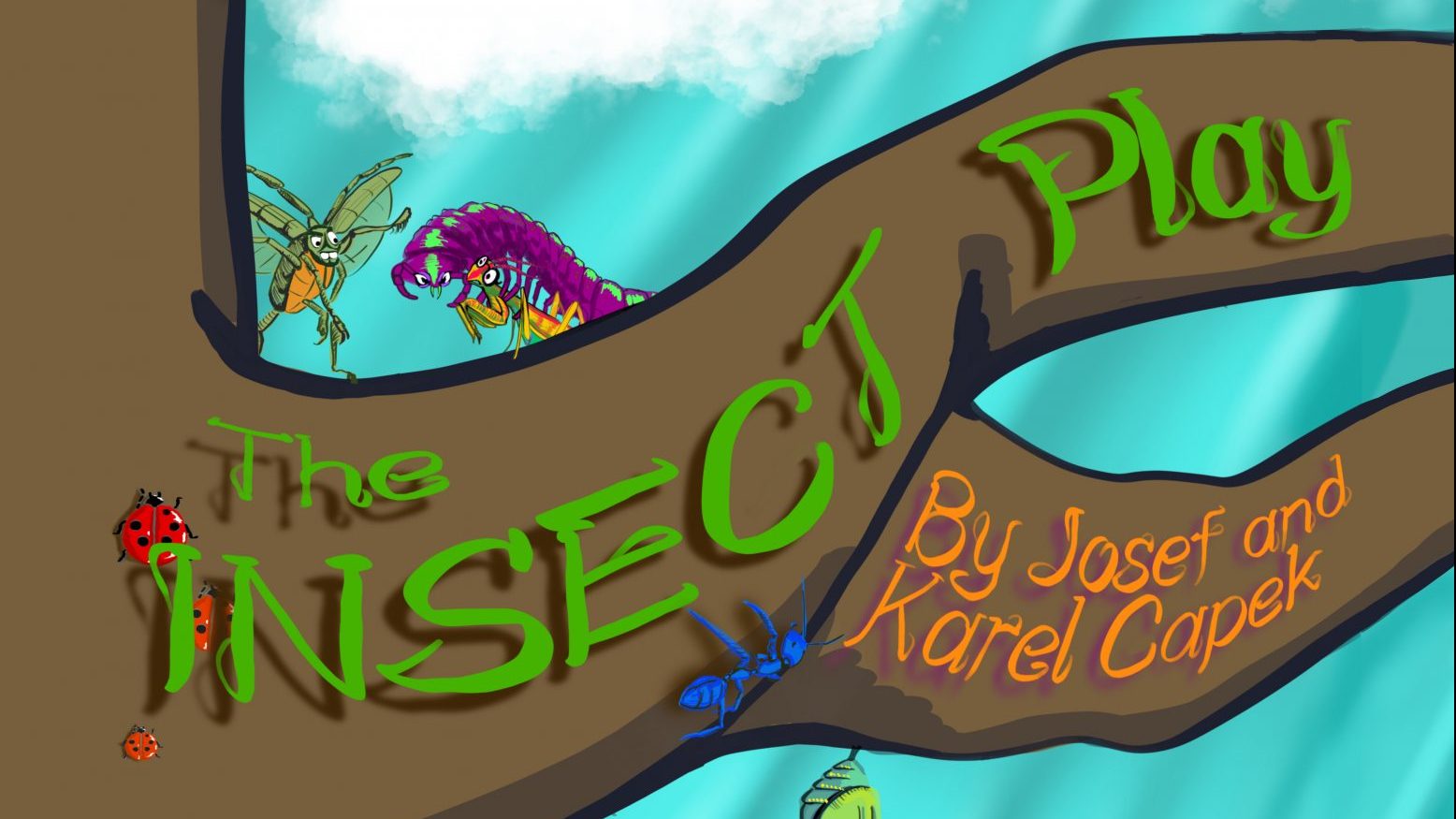 by Josef and Karel Capek.

About The Insect Play

Josef and Karel Capek’s Insect Play, also known as The World We Live In, is based on the writings of J. Henri Fabre, a French entymologist (bug-studier) who based his studies on observation of insects in nature, rather than in a lab setting. His stories about caterpillars and wasps are filled with a childlike delight in discovery, and in his accounts, strong parallels between insect and human behavior appear. The Kapek brothers, fascinated by this idea, wrote a play which highlights those parallels. It is both funny and reflective, tragic and triumphant, harsh and hilarious.

The insect characters are litephorically larger-than-life, which is what gave me the idea to stage it as a giant puppet show, a la The Lion King. We may have a finger puppet or two, but most of what you’ll see in our production are puppet creations that reflect those larger-than-life personalities.

Kudos to the actors for their focus on and progress in vocal performance, and especially to the Production and Design class for their tireless work in developing these puppet creations!